Royal Caribbean to buy an island in Vanuatu

About Vanuatu
Royal Caribbean to Buy an Island in Vanuatu
Conclusion

Vanuatu is an island country in the South Pacific. This archipelago spreads for more than a mile and is within a three-hour flight from Australia and an hour from Fiji. Its 82 islands of volcanic origin are known for their well-preserved flora and fauna, gorgeous beaches with crystal clear water and stunning underwater world. The Vanuatu’s government pays a special attention to preserving the natural environment and supporting sustainable development.

Royal Caribbean to Buy an Island in Vanuatu

This week Royal Caribbean made public that it plans to buy an island in Vanuatu and develop a sustainable hub for its passengers there. Praising Vanuatu as “one of the natural germs of the South Pacific”, Royal Caribbean President and CEO Michael Bayley revealed the company’s intention to build on its very successful business of acquiring and developing small scenic islands in popular tropic destinations.

According to Vanuatu’s Prime Minister Charlot Salwai, the Royal Caribbean destination known as “Perfect Day at Lelepa” is “a true paradise” and will promote the “distinct natural ecological beauty and diverse local culture” of Vanuatu.

This project is focused on creating a sustained island infrastructure based on preservation of the unique local nature and culture. It’s supposed to be designed as the first carbon neutral private cruise destination in the world. Cox Architecture, a well-known sustainable Australian architectural firm, which oversees the project, was instructed to make sure the project is designed to “safeguard the island’s ecosystems”.

The Royal Caribbean idea to buy an island in Vanuatu significantly differs from similar projects in the past. The recent Royal Caribbean project “Perfect Day at CocoCay” in the Bahamas looks like a local Disneyland on an island. The project “Perfect Day at Lelepa” in Vanuatu is quite different. It’s built around the natural beauty of the Vanuatu islands and their unique ecosystems and culture.

“Perfect Day in Lelepa” is different type of commercial project. On the one hand, it hinges upon taking care of the environment, preserving the ecosystems of the South Pacific islands and promoting sustainable development. On the other, it should provide employment opportunities for locals and attract new foreign investors to the “Vanuatu Citizenship by Investment” program which Vanuatu’s government launched in January 2017. 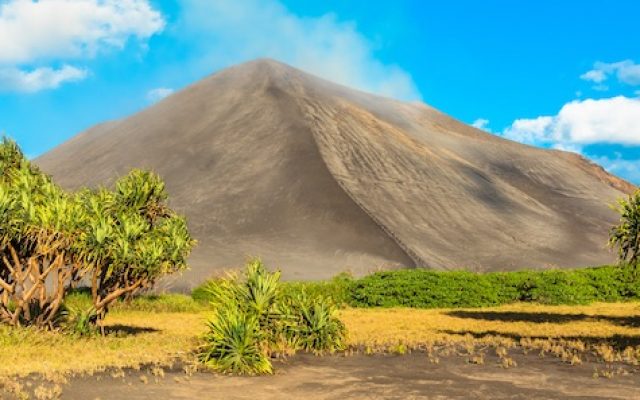 The Pacific Islands Forum in Vanuatu

The Pacific Islands Forum (PIF) is an intergovernmental organization of the 18 South Pacific countries including Australia and New Zealand. It’s the region’s principal political and economic forum, where...

Vanuatu passport is becoming increasingly popular among Russians and citizens of other CIS countries. There are several reasons for that. Let's take a closer look at the main benefits of the Vanuatu...